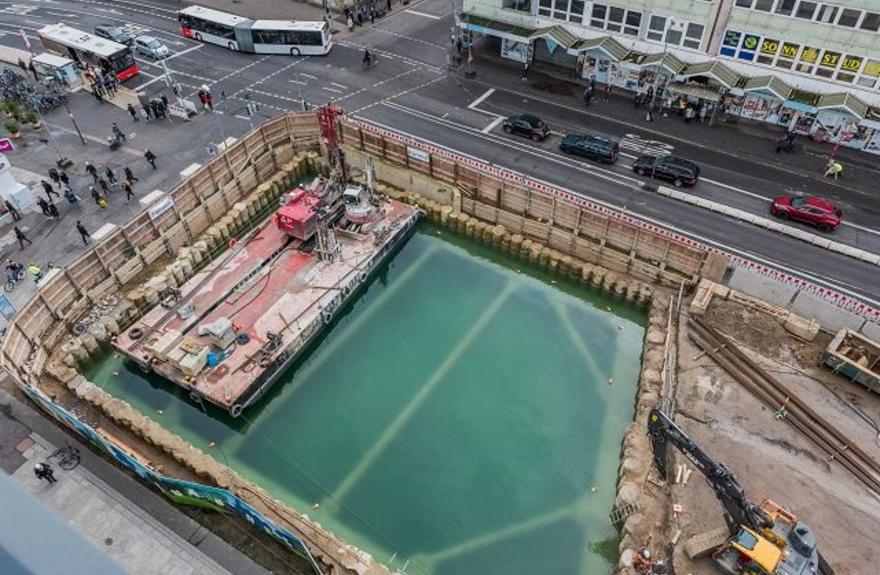 Eiffage Infra-Nordwest Civil Engineering underground constructed the excavation pit for a new hotel building with the beautiful name "Magic Cube" in a central downtown location in Osnabrück. Due to the limited space, the work often became a logistical masterpiece.

11,5 meters deep, the excavation pit is planned for 2 basement levels with sales space and building services.

At first, the pit was enclosed by 140 intersecting bored piles, which were drilled to a depth of 22.5 m. Under the protection of a temporary dewatering system, the remains of an old tunnel, which used to pass under the Osnabrück Neumarkt, were demolished.

A massive steel chord stabilizes the edge of the excavation pit. The existing groundwater was not allowed to be lowered due to the upcoming development. Therefore, the excavation pit was flooded, and a pontoon was lowered into the water, from which the pit was dug out. Threaded piles were drilled from the pontoon into the subsoil to secure the concrete base from floating up later.

Divers create a plumb line plan in the excavation pit and with the help of a pump the final ground ist built. The remaining sludge is removed out of the water. With the addition of biodegradable flocculant, the solid was separated from the water. While the water flowed back into the excavation pit, the fine grain was kept in a geotextile hose.

Afterwards the 1.2 m thick underwater concrete base was poured under the supervision of the divers. Once the concrete had hardened, the excavation pit was drained and handed over to the bodyshell engineering for further work. 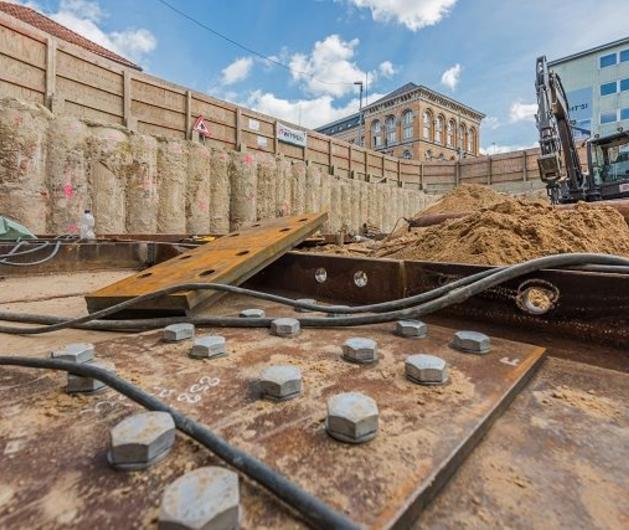 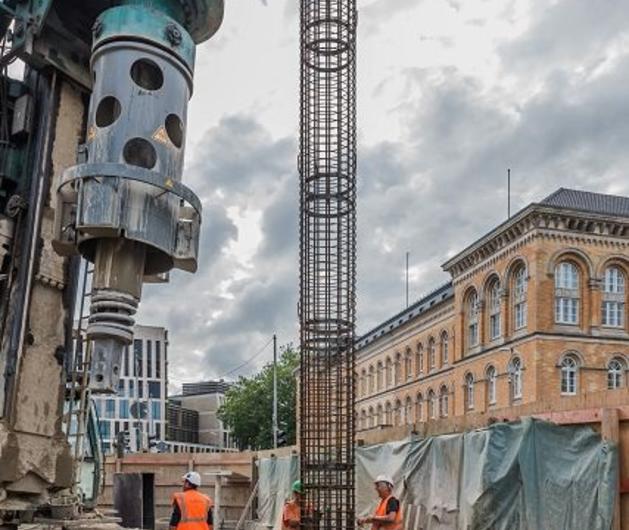 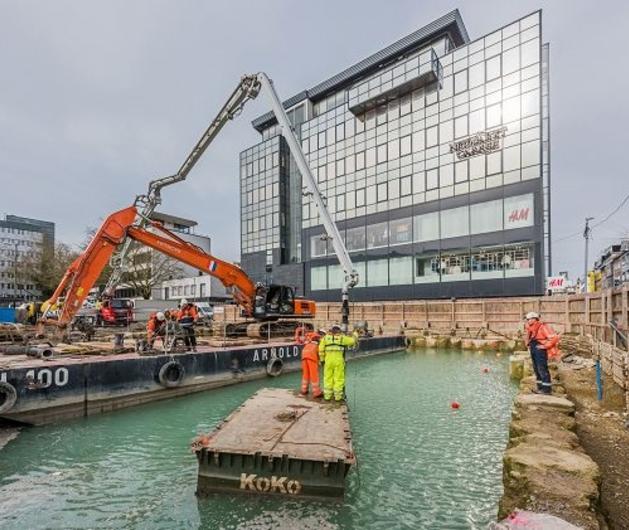 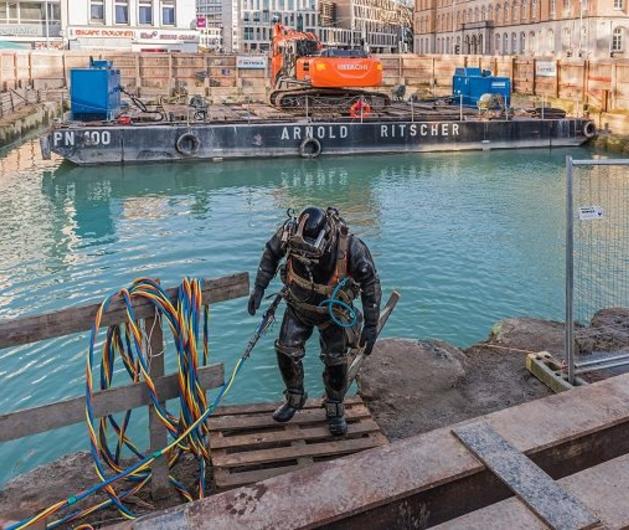